I pray that all assignments of the enemy has been canceled in the name of Jesus! when we choose to walk in righteous we know that there will be war and battles. and some of those battles may concern your name and character being what may seem like destroyed. But remember God destroys to rebuild.

To the followers of from Sinner to saint Blog welcome thanks for joining me in bible study, you all are so very much appreciated.

My name is Wilhelmina Lundy and I am a servant of God, some of the ways that I 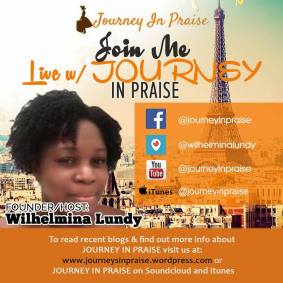 serve is as the founder of From Sinner to Saint Blog and prayer wall (If you have a request you can send an email to fromsinnertosaint103@gmail.com) I also serve as the founder of Journey in Praise Ministry http://www.journeyinpraise.wordpress.com . Another way that I serve is as one of the leaders in the Walk It Out group that can be found on Facebook and periscope. Okay let’s get into the word.

Jesus Rises from the Dead

The scripture says the sabbath day was over, it was down on the first day of the week and Mary Magdalene and the other Mary went to look at the tomb. The word says there was a powerful earthquake, an angel of the lord came down from heaven and went to the tomb. The angel rolled the stone back and sat on it. the scripture describes his body by saying it was shining like lightning and his clothes were white as snow. The guards were so afraid of him, they shook and became like dead men.

The word says the angel told the women not to be afraid, he knew they were looking for Jesus who was crucified The angel says; “He is not here, he has risen just as he said he would! Come see the place where he was lying. go quickly and tell his disciples. He has risen from the dead, ‘he is going ahead of you into Galilee. There you will see him’ Now I have told you.to them

Don’t be afraid. Go tell my brothers to go to Galilee. There they will see me

The women hurried away from the tomb. They were afraid, but filled with joy, they ran to tell the disciples. Suddenly Jesus met them “Greetings” he said they took hold of his feet and worshiped them. Jesus said

THE Guards Report to the Chief Priest

The scripture says some of the guards went into the city and they reported to the chief priest all that happened. the word says that the chief priest and elders came up with a plan to pay the guards to lie and say “the disciples came and took Jesus body while they were sleeping, and if the governor hears about this we will pay him off” The soldiers took the money and did as they were told. This story was spread all around among the jews the word says to this day.

When people stand on their lies they have to add on, they need to make sure that their image doesn’t end up making them look like the fools they are.

Jesus final orders to his disciples

The word says then the 11 disciples went to Galilee they went to the mountain that Jesus told them to go. They worshipped Jesus when they saw him but some still had their doubt. Scripture says Jesus came to them and said;

All Authority in heaven and on earth has been given to me. So you must go and make disciples of all nations. Baptize them in the name of the Father and the Son and the Holy Spirit. Teach to obey everything I have commanded you. and you can be sure that I am always with you to the very end.

Amen,Amen, Amen, Yes Lord. Now we go out and teach new disciples of all nations and baptize them, and teach them to obey God’s Command.

Now for the most Important part, if you are looking to build your foundation in faith, you can Google, download a free bible app, or turn your bible to Romans chapter 10:9 and confess with our mouth that Jesus is Lord and believe in your heart that God raised him from the dead then you shall be saved. Begin to build your foundation of faith with bible study, fellowship, worship and prayer.

I am the Author of Service in Glory 40 day devotional and Building a Foundation of Faith. I am a Servant of God and a Self proclaimed Faith Walker. In everything that I do I make it a priority to walk in righteousness and be pleasing to God. Am I perfect? Not at all, but I serve the perfect God and I'm good with that. View all posts by Wilhelmina Lundy

From Sinner To Saint Blog

From Sinner To Saint Blog

From Sinner to saint blog

From Sinner to saint blog

From sinner to saints blog

From sinner to saints blog